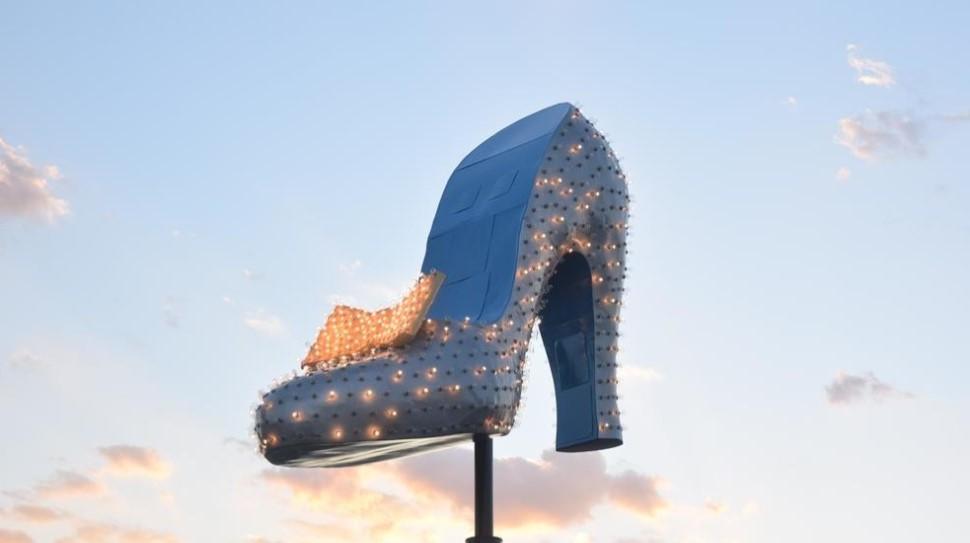 It originally opened the golden slipper would officially open in September of 1950. It was famous in Vegas as a Burlesque lounge. Which featured showgirls dancing throughout the night. It was considered a more local casino catering to smaller bettors and everyday people. It was eventually renamed the Silver Slipper later in the later 1950s.

The silver slipper is one most iconic neon signs in Las Vegas history. Howard Hughes purchased the Silver Slipper. The silver slipper was sold to Hughes this would last all the way until April 1977 when the Nevada Supreme Court ruled that the summer corporation could finally purchase the casino in the 1970s. The silver slipper after 40 years would officially closed forever.

The Silver Slipper brand was always supposed to be kept and a new Silver Slipper was set to appear but never materialized and plans were shelved.
Multiple signs from the silver slipper before the demolition restored in 2009 and which today can still be seen sittings just west of the Neon Museum Boneyard rotating just like it did back in the old days.