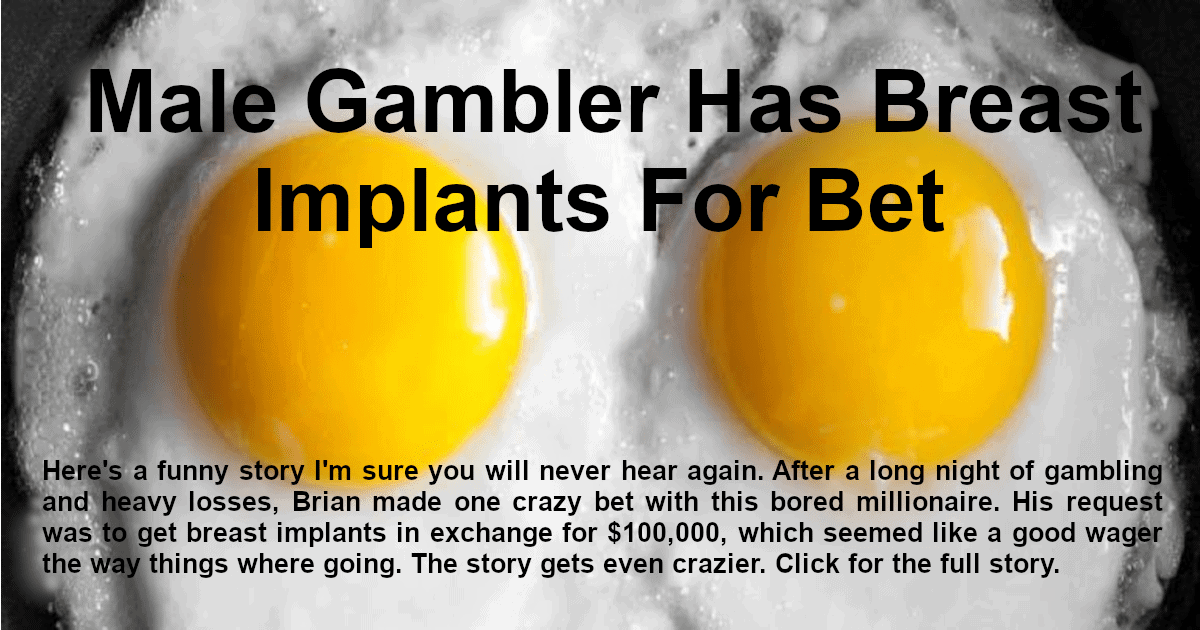 High roller and magician Brian “The Wiz” Zembic specialises in blackjack and backgammon. He was known for being “a man who would do anything to win a bet,” he rose to fame in the 1990s. He may have best demonstrated his “game for anything” abilities during the summer of 1996. As men frequently do, the conversation at the table turned to female breasts.

Zembic was engaged in a high-stakes game, and tension grew between the men, and disagreements were flying. Following their argument, Brian Zembic made a dare-slash-wager that would forever alter his life (and body.)

The following wager was made by the two: Zembic would receive breast implants, and Jobo would give him $100,000 if he kept them for a year.
Zembic originally didn’t follow through. But by the fall of 1996, he had suffered significant stock market losses. The breasts bet got better and better looking.

Funny enough, Zembic discovered a cosmetic surgeon who also enjoyed playing backgammon. After a few games and significant losses for the surgeon in question, Brian requested the $4,500 procedure in exchange for the forgiveness of his debts. It was game on.

By the time the year had passed, Zembic had become somewhat well-known as a result of the breast enlargement wager. In Michael Konik’s book “The man with the $100,000 breasts and other stories,” Zembic becomes the main character.

Brian later became a father to a lovely daughter. When his daughter asked about her father’s implants, he replied, “This is what happens when you gamble.” For another example of how not to place a bet check out the guy who wagered his wife? Once again E-Vegas.com supports responsible gambling.