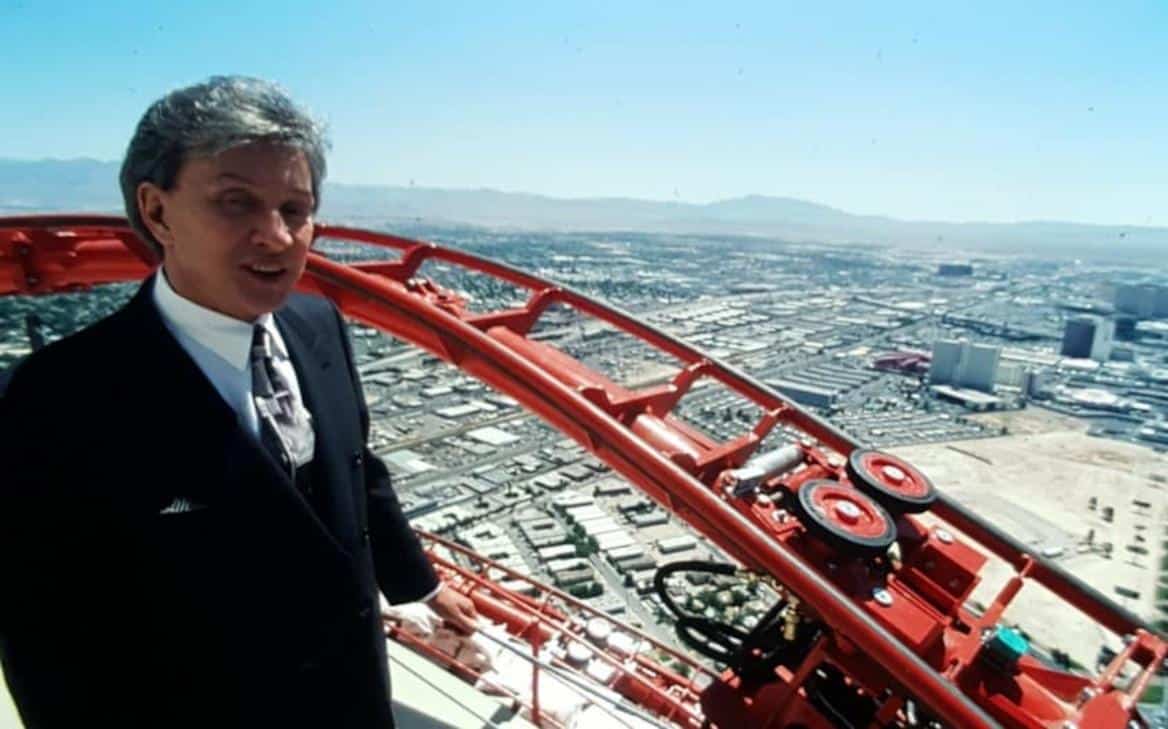 Bob Stupak was born in Pittsburgh PA on April 6th, 1942. Already a Poker player, craps, and cards fan he moved to Las Vegas at the start of the 1970s. Bob had a successful career as a Poker player. In 1974 Bob opened up Bob Stupak’s World Famous Historic Gambling Museum in March of that year which only lasted a few months due to an electrical fire.

Bob then built Vegas World just off the strip after the Sahara which you can find out all about here. He was probably most famous for placing a $1 million bet on the Super Bowl in 1989 and winning! Which was Las Vegas’s first million-dollar bet.

He was inducted into the gambling Hall of Fame for his time as a poker player. Also, he was part owner of the stratosphere until 1996.

His second wife and he were the first-ever poker duo to win championships in the same year. He was a thrill seeker, loved life to the fullest, and was a good man in public opinion.