The hotels most notable designed feature however would be a 56 foot tall sign out front and would be the tallest sign of the strip for decades. The grand opening was widely anticipated the sands hotel and casino opened on December 15th 1952. 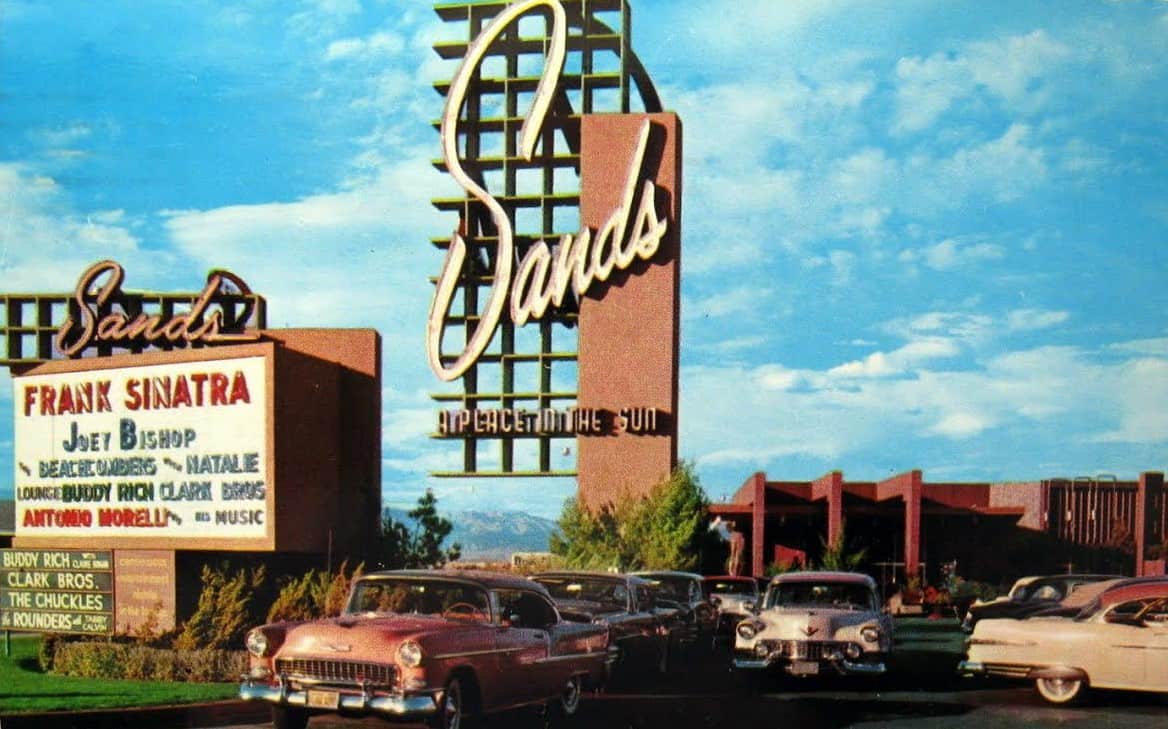 The Sands started off as a restaurant but later obtained a gambling license from the Nevada tax Commission. A truly iconic name on the Las Vegas strip. The Sands casino on the North of the strip helped gain Vegas its name. It became famous for giving rise to the rat pack and being the venue of choice for Frank Sinatra. The Sands casino Las Vegas featured in the movie Con-Air when a jet plane full of prisoner’s crashes on the strip.

By 1930 the city of Las Vegas had already reached the depths of the Great Depression. In the same year U S president Herbert Hoover signed into law appropriations to construct the boulder dam originally intended to control flooding and to produce hydroelectric power in the region the project would bring anywhere between 10,000 to 20,000 workers to the area a true shock to the tiny city and a seemingly infinite sized market for entertainment and hospitality sprung up overnight.

One year later in 1931 the state legislature of Nevada legalized gambling after a 21-year ban which instantly made Las Vegas the banning capital of the world. Due to its already large black market gambling industry it wouldn’t be such a simple road for growth over the next few years for Las Vegas but the city itself became illuminated upon the boulder dams completion in 1935 and despite the war years Las Vegas never looked back.

The Sands design centered around an exotic terracotta red painted modern structure. As you entered the hotel and featured sharp edged pin like pillars jutting down in front of the glass fronted building inside the two-story entry hall was lined by glass and bordered by imported Italian marble.
The casino was lit by low hanging chandeliers and featured a western theme. The hotel also featured an electric tram service to take guests from the casino to their room, a steam room, the garden room restaurant, and the terrace room restaurant.