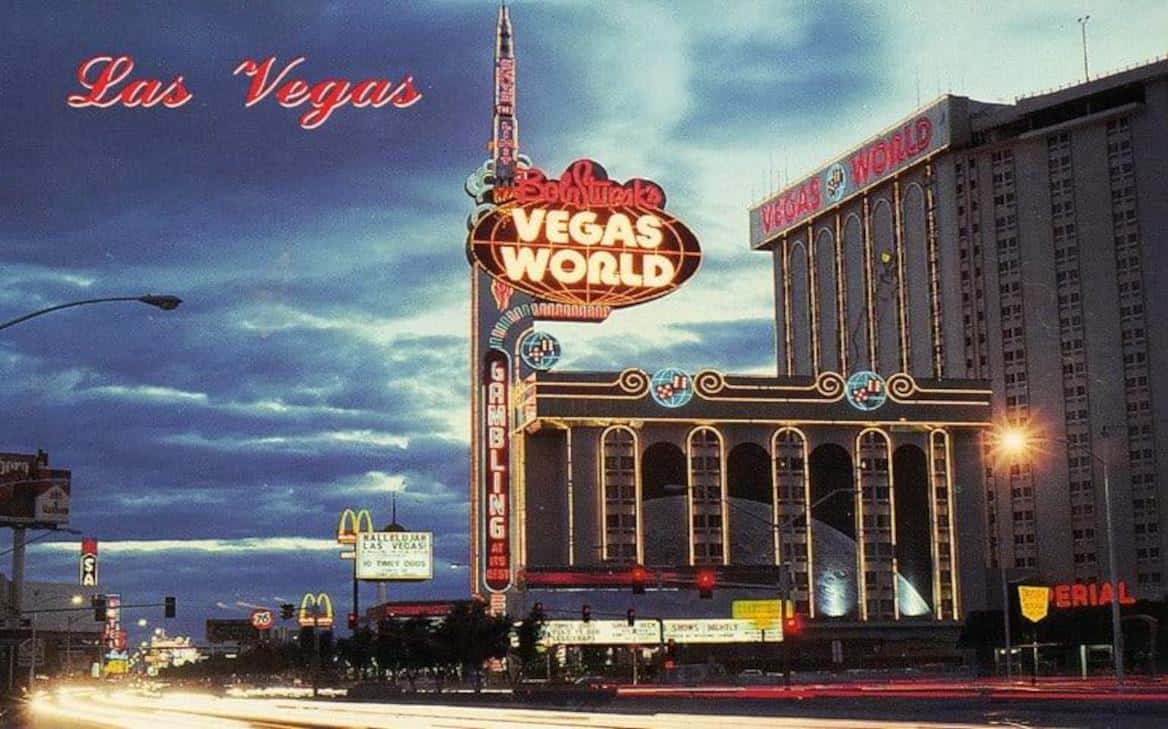 Vegas World Casino & Resort from Bob Stupak opened on July 13th, 1979. Although this was his second attempt at the dream of owning his own gambling hall or casino. Bob’s first casino was much smaller than Vegas World but caught fire just a few months after opening. It probably wouldn’t be remembered if it wasn’t for the fact it is famous for having the longest ever casino name in the world.

Vegas World was Bob Stupak’s 2nd attempt and although struggling initially became a hit after 1982 following extensive expansion to the resort adding a hotel tower and a space themed interior refit including mirrored walls and ceilings. It featured the first slot machines to payout over $250,000 in Jackpots and the world’s largest wheel of fortune similar to Evolutions Crazy Time. It was not hard to miss thanks to the abundance of neon surrounding the property along with it getting constantly into the headline of the local news for staging record-breaking stunts!

Vegas World now in profit expanded again in 1990 with an expanded hotel tower at this point the hotel had 932 rooms along with the addition of a new rooftop pool and an 80,000 square foot casino. At the end of its lifetime Vegas world will become a big rundown with the only thing saving itself being dirt cheap drinks.

It would officially close on February 1st, 1995.

In 1989 Stupak announced that he wanted to build a 1000 foot neon signs that were also count as an observation tower and this would eventually lead to the tall iconic Las Vegas symbol that we all know as the Stratosphere.